Cognitive biases emerge from how our brain works and as such surround how we pay attention to, interpret, and remember information. These biases are natural inclination towards specific thought processes or conclusion.

A cognitive bias is a systematic pattern of deviation from norm or rationality in judgment. Individuals create their own “subjective reality” from their perception of the input. An individual’s construction of reality, not the objective input, may dictate their behavior in the world. Thus, cognitive biases may sometimes lead to perceptual distortion, inaccurate judgment, illogical interpretation, or what is broadly called irrationality.

Although it may seem like such misperceptions would be aberrations, biases can help humans find commonalities and shortcuts to assist in the navigation of common situations in life.

Some cognitive biases are presumably adaptive. Cognitive biases may lead to more effective actions in a given context. Furthermore, allowing cognitive biases enables faster decisions which can be desirable when timeliness is more valuable than accuracy, as illustrated in heuristics. Other cognitive biases are a “by-product” of human processing limitations, resulting from a lack of appropriate mental mechanisms (bounded rationality), impact of individual’s constitution and biological state (see embodied cognition), or simply from a limited capacity for information processing.

This type of bias creates a systematic pattern of deviation from the norm or rationality in judgment. Cognitive biases are often a result of your brain attempting to simplify how it processes information. Your brain creates rules of thumb to help you make sense as situations arise and reach decisions with relative speed.

When you make decisions and judgements you would like to think that you are applying sense and logic based on your knowledge and expertise for a subject and all available information. However, what often occurs is these biases can trip you up as you default to using the shortcuts you have available. Some of these shortcuts are a good thing as they allow quick decision making and can protect you from danger for example, but on other occasions they hinder you.

Some biases distort your thinking and will undoubtedly change how you think or act. In your business, it is therefore good to be aware of how cognitive bias can influence your thinking and put some practices in place to challenge a potential bias.

The following map organizes the wide array of cognitive biases into four domains, each with subdomains. 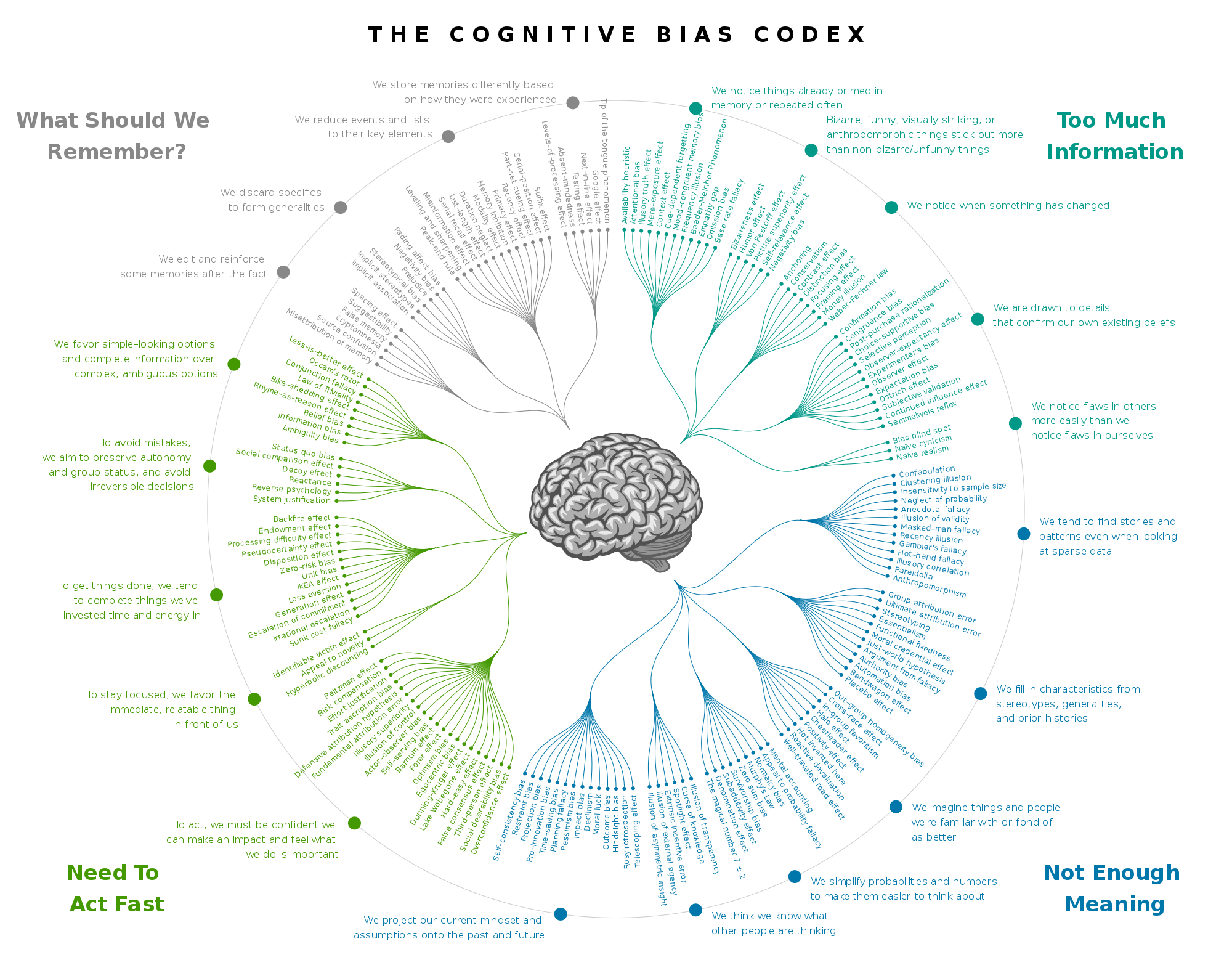 Of the more than 140 biases, this graphic shows the ones that we are more likely to come across in our daily life: 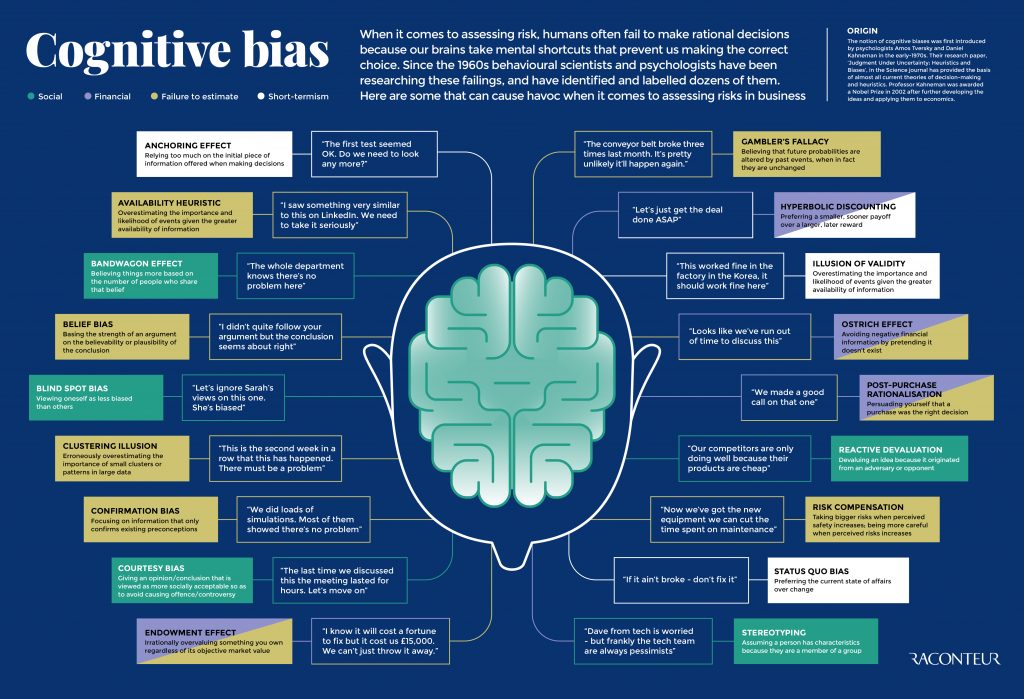 And one more take: