Our perception centers around accepting cues which fit into our existing patterns and rejecting the ones that don’t. Vague cues are often absorbed into the existing pattern. Cues that diverge are ignored. Over time, these schemas become entrenched pathways in the circuitry of our brain that are well traveled.

Patterns create labels, shortcuts to help us perceive more quickly. The more consistently our experiences, observations, and perceptions are reinforced, the more resistant we often are to changing this beliefs and views.

Information processing starts with INPUT from the sensory organs, which transform physical stimuli such as touch, heat, sound waves, or photons of light into electrochemical signals. The sensory information is repeatedly transformed by the algorithms of the brain in both bottom-up and top-down processing. For example, when looking at a picture of a black box on a white background, bottom-up processing puts together very simple information such as color, orientation, and where the borders of the object are – where the color changes significantly over a short space – to decide that you are seeing a box. Top-down processing uses the decisions made at some steps of the bottom-up process to speed up your recognition of the box. Top-down processing in this example might help you identify the object as a black box rather than a box-shaped hole in the white background.

Once information is processed to a degree, an attention filter decides how important the signal is and which cognitive processes it should be made available to. For example, although your brain processes every blade of grass when you look down at your shoes, a healthy attention filter prevents you from noticing them individually. In contrast, you might pick out your name, even when spoken in a noisy room. There are many stages of processing, and the results of processing are modulated by attention repeatedly.

There are numerous models of how the knowledge is organized in the brain, some based on the way human subjects retrieve memories, others based on computer science, and others based on neurophysiology. The semantic network model states that there are nodes representing concepts, and that the nodes are linked based on their relatedness. For example, in a semantic network, “chair” might be linked to “table,” which can be linked to “wooden,” and so forth. The connectionist model states that a piece of knowledge is represented merely by a pattern of neuronal activation rather than by meaning. There is not yet a universally accepted knowledge organization model, because each has strengths and weaknesses.

Once stored, memories eventually must be retrieved from storage. Remembering past events is not like watching a recorded video. It is, rather, a process of reconstructing what may have happened based on the details the brain chose to store and was able to recall. RECALL is triggered by a retrieval cue, an environmental stimulus that prompts the brain to retrieve the memory. Evidence shows that the better the retrieval cue, the higher the chance of recalling the memory. It is important to note that the retrieval cue can also make a person reconstruct a memory improperly. Memory distortions can be produced in various ways, including varying the wording of a question. For example, merely asking someone whether a red car had left the scene of a hit-and-run can make the person recall having seen a red car during later questioning, even if there was never a red car.

Here is another graphic representation of how we make meaning from our experiences: 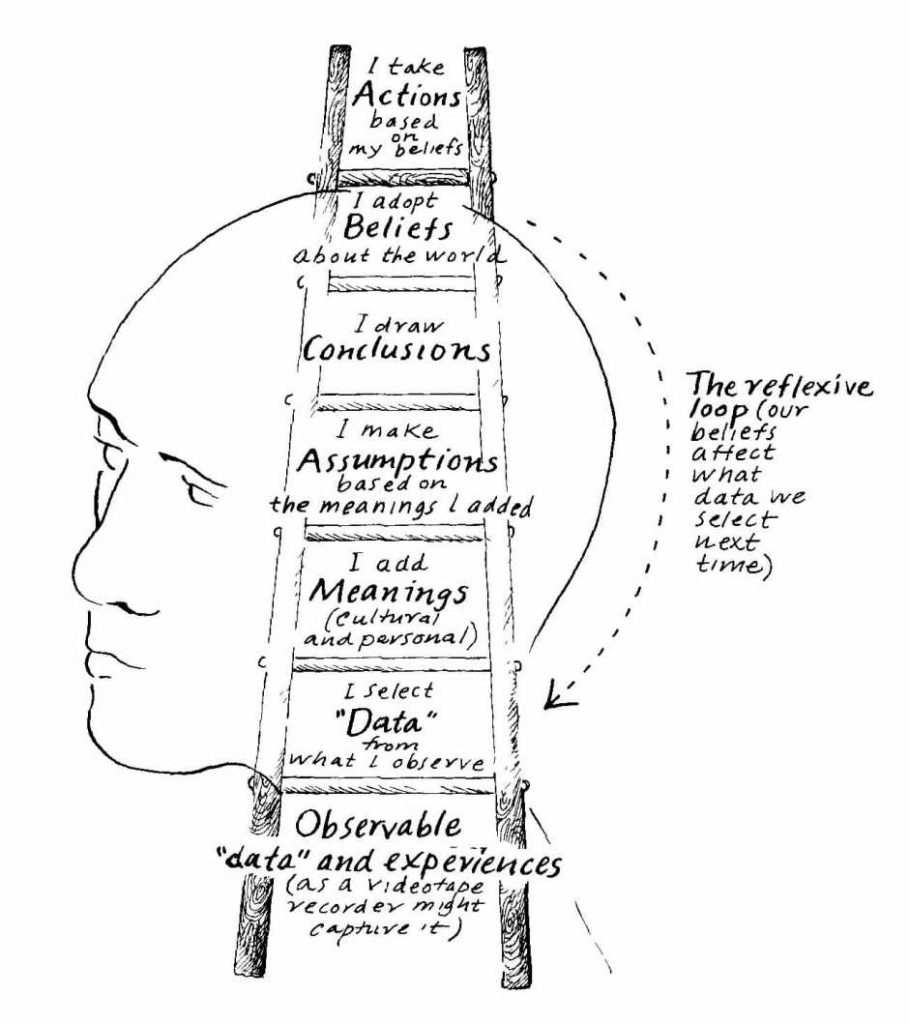 Why Understanding Cognition is Important

Each of these processes is prone to a variety of errors.

These processes are taking place all of the time.

Bring more from automatic to on purpose