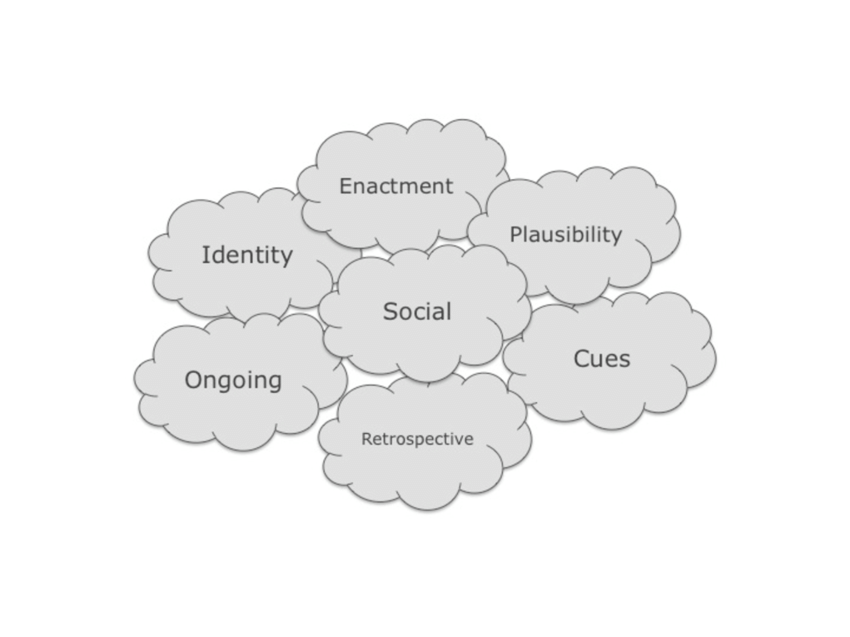 From Karl Wieck’s seminal Sensemaking in Organizations (1995) are the frequently cited 7 Properties of Sensemaking: